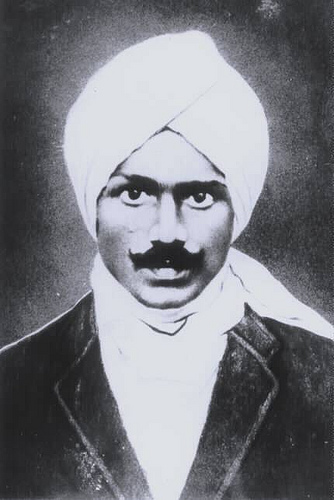 1882-1921
“Though Bharati belongs to the age-long tradition of Tamil literature, and limits himself in some places to [its] conventional banks, his poetry flows with [the] racing vigour of contemporaneity, gushing with new ideas and emotions. The course of its flow, its speed and manner, its transgressions and its light are totally new, and original in the finest sense of the word. Its impact on modern Tamil literature has been tremendous … [I]t has given life and form to present-day writing in Tamil.” – S. Vijaya Bharati 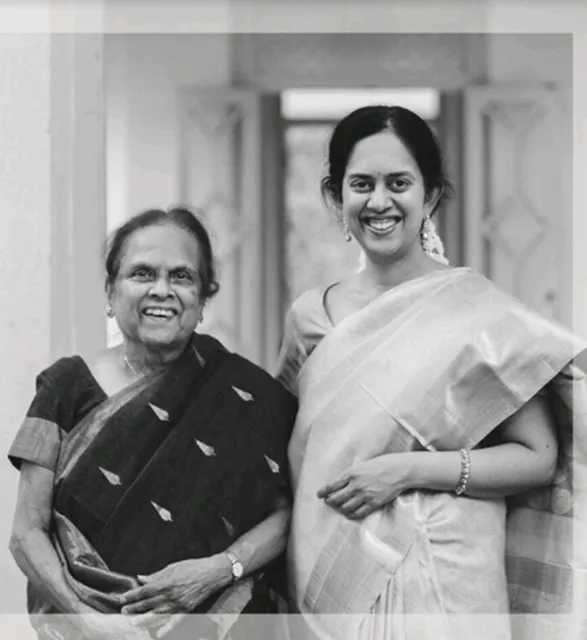 I am a great-granddaughter of C. Subramania Bharati. My mother is Dr. S. Vijaya Bharati, daughter of Thangammal Bharati, the elder of the poet’s two daughters. She was the first person to study Bharati’s works in the academic context, completing her PhD at Annamalai University in 1966, and also learned the poet’s musical versions of his poems from her mother and grandmother, who learned them from Bharati himself. She remains the foremost scholar of Bharati studies today. Her English-language blog on Bharati can be viewed here: subramaniabharati.com.

C. Subramania Bharati was born in Ettayapuram, South India, in 1882, and died in Madras, in 1921. Deceased at the early age of thirty-eight, Bharati left behind a remarkable legacy of poetry and prose writings whose importance for the Tamils today can be compared to the status of Shakespeare in the English-speaking world. Bharati’s writings sparked a Renaissance in Tamil literature. While Bharati drew his inspiration from ancient sources of Indian culture, his works were truly innovative in both form and expression.


Bharati was an ardent Indian nationalist, an impassioned advocate of social reform, a visionary poet, and a mystic. He visualized the imminent liberation of Indians that would free them both from imperial rule by the British – at a time when Britain was the most powerful nation on earth – and from oppressive social customs in India.


Unfortunately, Bharati was persecuted for his convictions both by the British and by the orthodox elements of his own society, who treated him as an outcast. He was exiled from British India in 1908 and went to live in Pondicherry, a French colony in South India. He spent ten years in exile there and eventually returned to Madras, where he died.


After Indian independence, Bharati’s contribution to Indian culture was widely recognized. There is no major city in India that does not have a street named after him, or a statue erected in his honour. Though much remains to be done in the area of translation, a sample f Bharati’s works has been translated into every major Indian language, as well as European languages including English, French, German, Russian, and Czech. A postage stamp has been issued in his honour.


In recognition of Bharati’s exceptional contribution to Indian culture, the government of India ultimately conferred upon him the title of Indian “National Poet.” 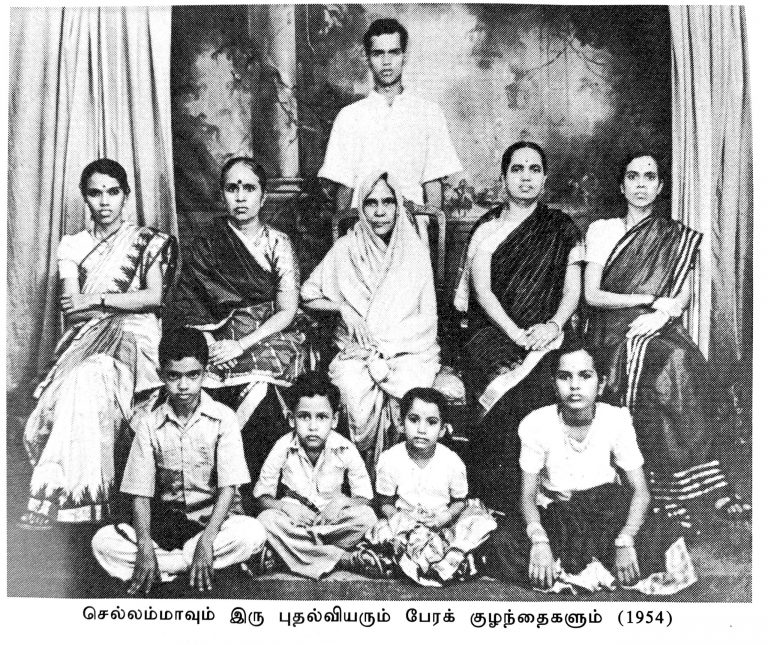 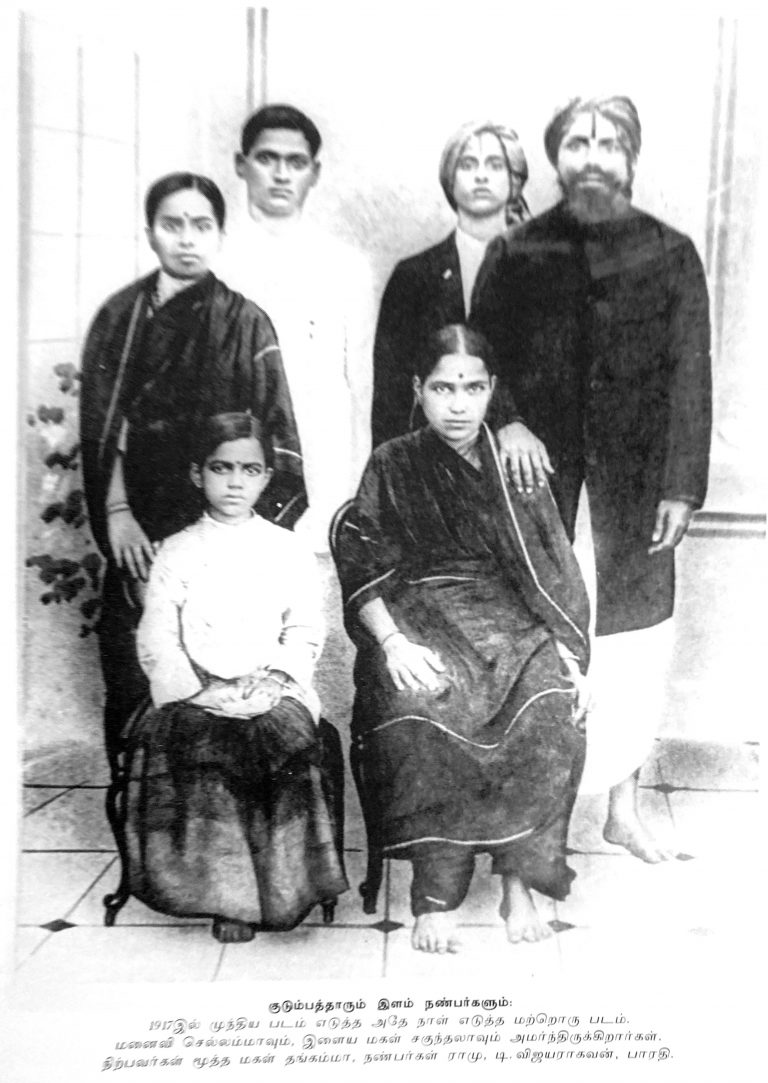 Publication History of his Works

The development of Bharati’s national and international literary reputation was frustrated by a number of factors, and suffered from the persistent effects of British repression even after the end of British rule in India. During his lifetime, the government banned the publication of Bharati’s works because of his pro-independence views. As a result, largely barred from his professional activities among his main readership in British India, Bharati had to struggle constantly against material poverty.

In spite of his financial difficulties, Bharati came to be keenly interested in publishing a definitive edition of his works. He made several attempts to publicize his intentions in the hope that he would be able to raise the necessary funds from his friends and publishers. He also sought help from the Maharajah of Ettayapuram, his native town.

Bharati’s circular of 28th June 1920 provides a clear statement of his intentions in this regard. In this letter, Bharati argues that the publication of his works would respond to “the historic necessity … for the uplift of the Tamil land which … is a sheer necessity of the inevitable, imminent and Heaven-ordained Revival of the East.” He also expresses his intention to employ “novel and American-like improvement[s]” in the printing and binding of his works, and to set a low price for his books. He expected his “high reputation and unrivalled popularity in the Tamil-reading world” to generate a large volume of sales. Bharati concludes his letter by noting that government restrictions on his writings have been lifted – and even suggests that government officials may be asked to provide loans for this worthwhile endeavour!

Unfortunately, Bharati’s efforts to publish a definitive edition of his works did not bear fruit during his lifetime. After his death, the project was taken up by his widow, Chellamma. Chellamma published notices to the public in several Tamil magazines. In these notices, she stated that she was going to establish a printing press to publish Bharati’s works, and she sought the help of the public in her undertaking.

Chellamma, with the help of her brother, established a publishing company called Bharati Ashramam in Madras. She advised the public that she intended to publish twelve books. The first volume appeared in January of 1922, and included ninety “National Poems,” patriotic songs in the cause of Indian independence and cultural revival. Chellamma wrote a preface to this volume. She expressed her ultimate intention to publish all of Bharati’s works, and to bequeath these publications to the people of Tamil Nadu as public property upon her death.

Bharati Ashramam brought out five volumes. However, Chellamma’s personal commitments prevented her from fully realizing her goal of bringing out a complete edition of her husband’s works. In 1924, another publishing company, Bharati Prachuralayam, was formed by Bharati’s brother, C Viswanathan, his son-in-law, and one of his friends. While Chellamma retained the copyright in Bharati’s works, Bharati Prachuralayam went on to publish almost all of his writings. In 1931, the company purchased Bharati’s copyright from Chellamma for what can only be called the “astoundingly small sum” of four thousand rupees.

The government began to publish Bharati’s works in 1950. It established a publishing committee to oversee publication. The committee was composed of the members of Bharati Prachuralayam, as well as two leading post-Bharati poets. This committee attempted to establish definitive texts based on Bharati’s manuscripts and earlier published versions of his works. Any doubts as to content were primarily resolved by incorporating suitable additions at the discretion of the most literary members of the committee.

The copyright in Bharati’s works was made public by the government of Tamil Nadu state in 1954. From this time onwards, any Indian citizen was free to undertake publication of Bharati’s works.

A Standard Edition of Bharati’s poetry was finally published by S. Vijaya Bharati, who created her own publishing imprint for this work to ensure its authenticity. Her publication was inspired by the mission of upholding the author’s “moral rights,” drawn from European legal philosophy, and seeks to ensure correct attribution of Bharati’s literary creations while preserving its integrity for future generations. These simple yet noble guiding principles allowed her to publish Bharati’s complete poetry in four volumes, at last, in 2015 – 94 years after the poet’s death.

Bharati and His Copyright 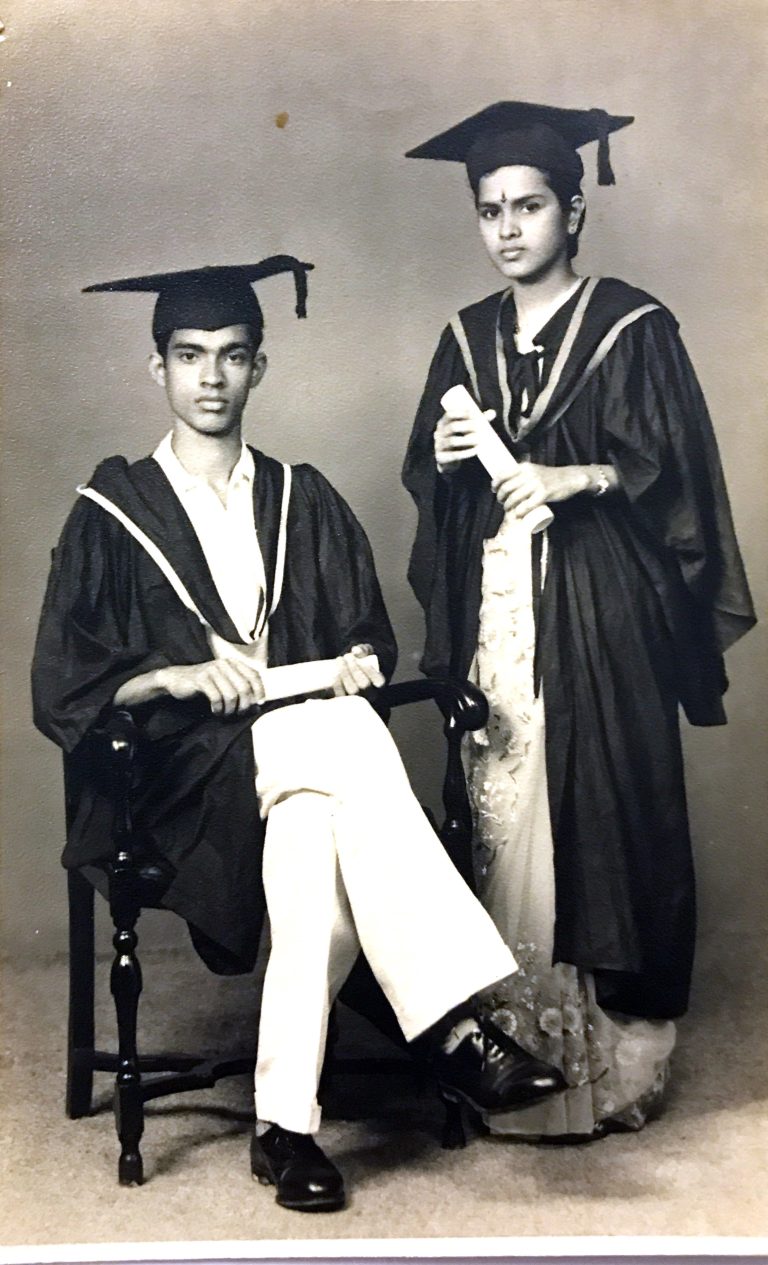